For current pricing and colors, click here to check our Royal Enfield page

England, 1960s.  Young men and women flock around cafes on their stripped-down motorcycles, creating a culture high on style.  The Royal Enfield Continental GT 650 Twin is a note to that time.  The machine with a story that takes one back to the time when motorcycling was all about making a statement.  Watch the film to relive the cultural phenomenon that refuses to fade away.

A Blast From The Past

It takes more than good looks to carve through a corner.  The design and development team applied its many years of accumulated know-how while setting key parameters like steering rake, ground clearance, and lean angle, to create the perfect rider for this sports-inspired cafe racer,  The Continental GT is a motorcycle that delights in the way it handles on the road, responding to the rider’s desires by feeling focused and integral while offering light and agile handling, allowing anyone to enjoy it. 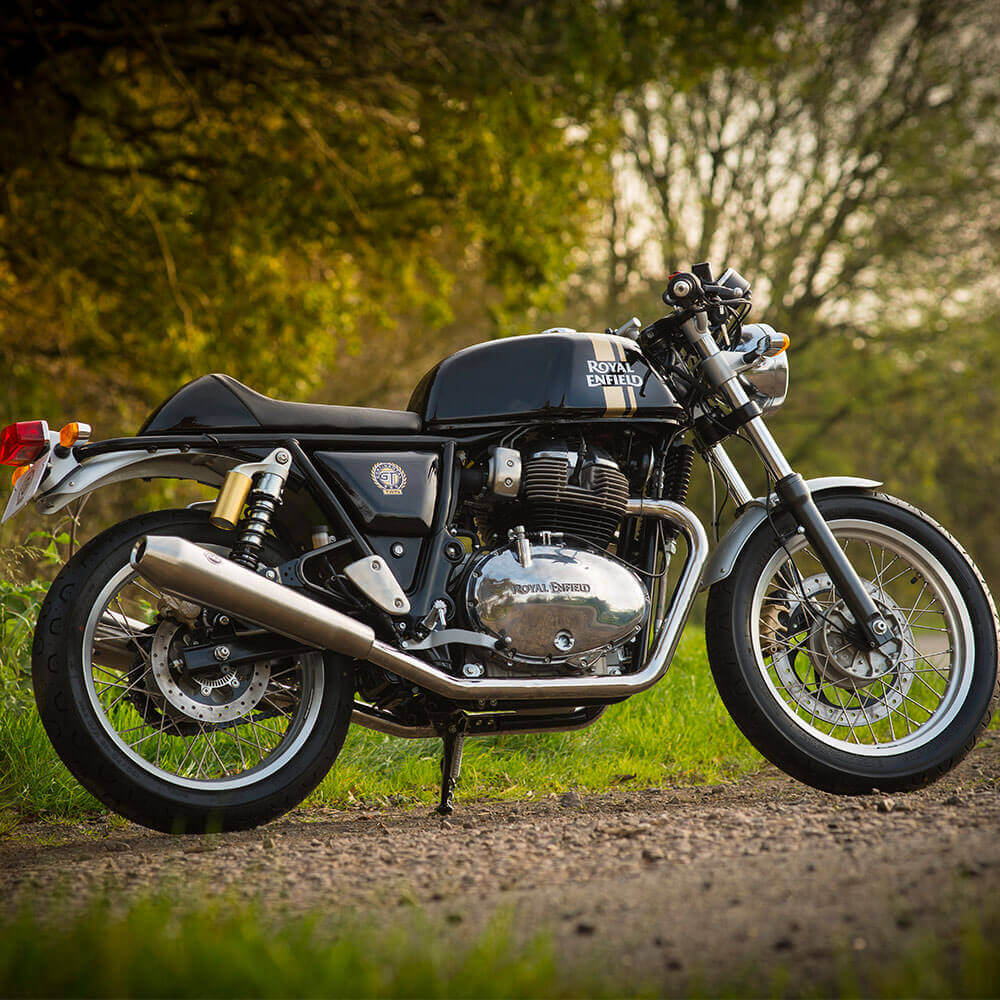 The Twin is in

The 650 Twin is the rebirth of Royal Enfield’s legendary parallel twin-cylinder engine. And it’s driving two Royal Enfield classic motorcycles – the Interceptor and the Continental GT. While classically styled and visually beautiful, the new engine is Royal Enfield’s most forward-looking yet, with a cleaner, elegant look, fewer components, less weight, and easier maintenance.

The Parallel with no parallel

Of course, the 650 Twin is notable not only for its character but also for its sound. Developing the right tone and burble from its twin silencers was an important goal during the engine’s creation. Whether at idle or at full chat, during over-run or while winding on the power, the exhaust note just oozes individuality.

Beauty is often overlooked in chassis design. But this new frame blends the authentic form of period classics with the superb handling and ride of modern engineering. The result is a chassis that’s nimble and precise, making for a pure and enjoyable ride. Whether on the Interceptor, or the Continental GT.

A Ton Of Fun

Retaining the classic horizontal split running right through, the Royal Enfield Continental GT 650 Twin’s engine is elegantly cut off from the new bodywork with a dual cradle frame.  The distinctive sculpted tank, clip-on handlebars, and classic-styled instruments give the motorcycle’s cockpit an authentic cafe racer vibe.  Rear-set footrests and upswept exhausts allow for better lean angles – a cafe racer requisite for pulling off ton-ups.  Just like in ’60s London.

Choose between 5 color options in 3 styles:

New Royal Enfield motorcycles over to 535cc come with a 36-month unlimited customer warranty and include 36-month roadside assistance. 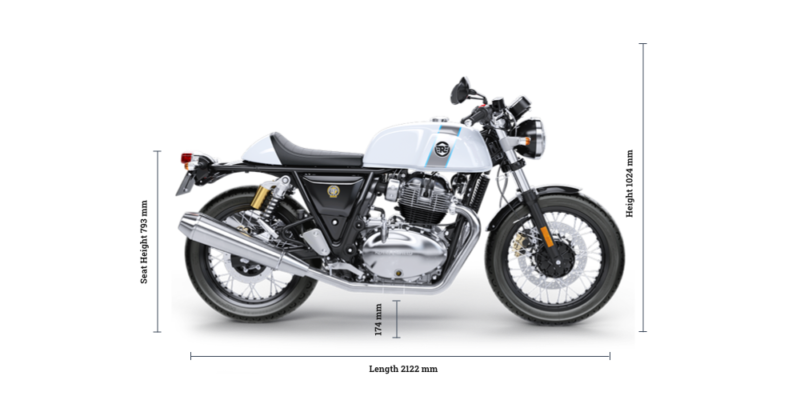 *Note:  There may be changes in Australian model Technical Specifications and Colour Availability