The History of Royal Enfield

The Enfield Cycle Company made motorcycles, bicycles, lawnmowers and stationary engines under the name Royal Enfield out of its works based at Redditch, Worcestershire. The legacy of weapons manufacture is reflected in the logo comprising the cannon, and the motto “Made like a gun”. Use of the brand name Royal Enfield was licensed by the Crown in 1890. 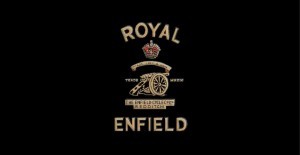 In 1909 Royal Enfield surprised the motorcycling world by introducing a small Motorcycle with a 2 ¼ HP V twin Motosacoche engine of Swiss origin. In 1911 the next model was powered by a 2 ¾ HP engine and boasted of the well known Enfield 2-speed gear. In 1912 came the JAP 6 HP 770 CC V twin with a sidecar combination. It was this motorcycle which made Enfield a household name. 1914 saw the 3 HP motorcycles this time with Enfield’s own engine which now had the standardised Enfield paint scheme of black enamelled parts and green tank with gold trim.

As the factory developed in the 20’s the range of models also increased and in 1924 Royal Enfield was offering four versions of the 2 ¼ HP two-stroke motorcycle, two new JAP engines 350 cc motorcycles and two versions of the 8 HP Vickers engine sidecar combinations. During the great depression of the 30’s Royal Enfield was also affected and the demand for motorcycles waxed and waned but the bicycle manufacturing continued at the same pace and the company trudged on. The Cycar, a fully enclosed motorcycle model appeared in the early 30’s.

During World War II, like other manufacturers of that time Royal Enfield was also called upon by the British authorities to develop and manufacture military motorcycles. The models produced for the military ranged from 250 to 570cc. One of the most well-known Enfields was the Royal Enfield WD/RE, known as the Flying Flea, a lightweight 125 cc motorcycle designed to be dropped by parachute with airborne troops.

After the war the factory continued manufacturing the models developed during the war and the legendary J2 model appeared which went on to be the ancestor of the legendary Bullet. The same motorcycle which perhaps had the honour of the being the one with the longest production runs in the world.

Royal Enfield motorcycles were being sold in India since 1949. In 1955, the Indian government started looking for a suitable motorcycle for its police forces and the army for patrolling duties on the country’s border. The Bullet 350 was chosen as the most suitable bike for the job. The Indian government ordered 800 of these 350 cc motorcycles, an enormous order for that time. Thus In 1955, the Redditch Company partnered with Madras Motors in India to form what was called ‘Enfield India’ to assemble these 350 cc Bullet motorcycle under licence in erstwhile Madras (now called Chennai). As per their agreement Madras Motors owned the majority (over 50%) of shares in the company. In 1957 tooling equipment was also sold to Enfield India so that they could manufacture components and start full-fledged production. The Enfield Bullet dominated the Indian highways and with each passing year its popularity kept rising.