For current pricing and colors, click here to check our Royal Enfield page

Due to the great success of the Redditch 350 Series, Royal Enfield, the oldest motorcycle brand in continuous production, is pleased to announce the addition of the Royal Enfield Classic 500 Redditch Limited Edition to the Classic 350/500 series.

The new Royal Enfield Classic 500 Redditch Limited Edition pays special homage to the paint schemes of the motorcycles produced at the Redditch plant in the U.K from the early 50s, with a distinctive colourway; Redditch Red.

Piping on the seats and a distinctive Redditch monogram first seen on the 125cc model in 1939, also acknowledge the early styling cues of Royal Enfield motorcycles.

With the timeless design and dependability of the Classic series, the new Royal Enfield Classic 500 Redditch Limited Edition will make any motorcycle enthusiast, or a first-time rider, proud to own a piece of motorcycling history.

Redditch came to prominence during the Industrial Revolution, earning a worldwide reputation for its needles and fishing tackle. The earliest Royal Enfields, sturdily engineered bicycles produced there in the 1890s, were equipped with an engine in 1901 making them the first motorcycles to be rolled out of Redditch. Thereafter the town earned a permanent place in British motorcycling history. Production at Royal Enfield’s Hewell Road factory may have ceased in 1967 but the company’s Redditch years still have a palpable effect on the look and feel of a Royal Enfield today.

15 MILES SOUTH OF BIRMINGHAM, A TOWN HEARD AROUND THE WORLD EVEN TODAY.

ROYAL ENFIELD MONOGRAM
THE MARK OF THE HERITAGE

The iconic Royal Enfield monogram first appeared in 1939 on the tank of the prototype 125cc 2-stroke motorcycle, called ‘Royal Baby’. The outbreak of WWII saw the model transform into the now legendary ‘Flying Flea’ paratroopers’ motorcycle, which still proudly wore its RE tank badge. Subsequently, the Redditch mark was flanked by a wing design and was proudly adopted by the Royal Enfield Classic in 2008. Carrying the legacy forward, the original Redditch RE insignia has now been revived expressly for use on Royal Enfield Classic 350s with Redditch colourways.

The legendary RE monogram first adorned the tank of the prototype 125cc ‘Royal Baby’ 2-stroke motorcycle in 1939. The outbreak of WWII put an end to Redditch Royal Enfield’s civilian production plans, but the bike was soon adopted by the British armed forces, in particular, paratroops. Nestled inside custom-made Royal Enfield parachute cages, the motorcycle, officially known as the model WD/RE, were dropped into enemy territory to help airborne troops establish communication lines. It soon earned the nickname ‘Flying Flea’, and although painted a drab olive green, it still proudly wore the RE tank badge.

With the advent of peace, the Model Royal Enfield reverted to civilian trim, providing affordable commuter transportation for the masses. The RE monogram was now incorporated into a flamboyant wing design that graced the sides of each petrol tank. By 1950, the motorcycle had telescopic forks and a year later, a foot-operated gearbox. A redesigned engine was then embellished with the RE logo, a theme that continued throughout the model’s production life as it evolved into the 150cc Ensign and Prince 2-strokes through the 1950s and into the early 1960s.

In 1957, Royal Enfield introduced the trailblazing 250cc Crusader. Versatile, economical to run, highly maneuverable, and with a great turn of speed, it was an instant success. The RE monogram, still encapsulated within a winged emblem, was now cast into the bike’s highly polished alloy engine covers. Sportier versions followed, like the Crusader Sports in 1959 and the Continental in 1963. All were resplendent with an ‘RE’ motif highlighted bold red against gleaming aluminum engines.

2008 saw the birth of the legendary Royal Enfield Classic, its heritage visible in its every contour. Like many of its predecessors during the previous 70 years, the Classic’s lustrous alloy engine cases were bejeweled with the historic RE monogram. And the tradition continues to this day, with the design embossed onto the engines of the present Classic, the military-inspired Desert Storm, Battle Green, and Squadron Blue motorcycles, the Bullet 350 and 500, the Thunderbird cruisers and of course, the Continental GT cafè racer. 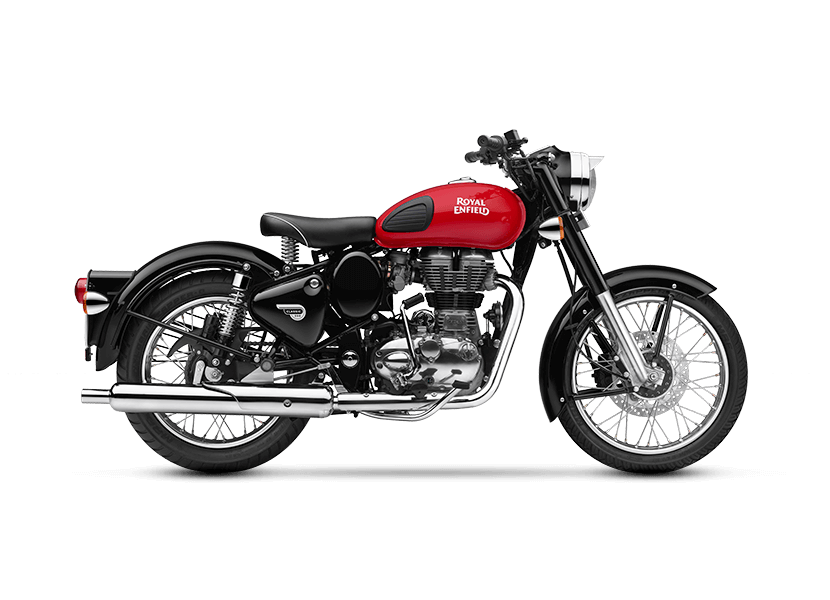 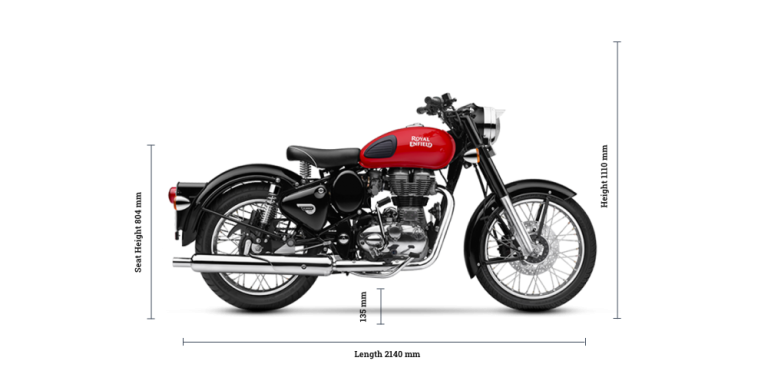